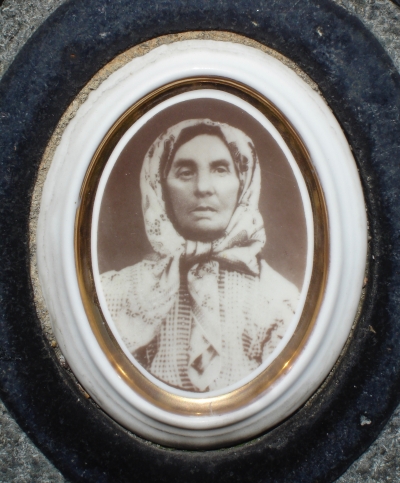 My grandmother is washing my mouth
out with soap; half a long century gone
and still she comes at me
with that thick, cruel, yellow bar.
All because of a word I said,
not even said really, only repeated,
but Open, she says, open up!
her hand clawing at my head.

I know now her life was hard;
she lost three daughters as babies,
then her husband died, too,
leaving young sons, and no money.
She’d stand me in the sink to pee
because there was never room in the toilet.
But, oh, her soap! Might its bitter burning
have been what made me a poet?

The street she lived on was unpaved,
her flat two cramped rooms and a fetid
kitchen where she stalked and caught me.
Dare I admit that after she did it
I never really loved her again?
She lived to a hundred, even then.
All along it was the sadness, the squalor,
but I never, until now, loved her again.

Newark native C. K. Williams contributed “Dirt” to the April 12, 1999, issue of The New Republic. It appeared in his collection Repair, published in the same year.

Black coal with a thunderous shush
plunging into the clearly evil-inhabited coal bin.
The black furnace into whose maw
you could feed paper to watch it curl to black char.

The hats women wore with black, mysterious veils,
even your mother. The “mascara” she’d apply
more meticulously than she did anything else.
With her black lashes she was almost somebody else.

The incomprehensible marks on blackboards at school
you conquered without knowing quite how.
The black ink in the inkwell. The metal pens
with blots that diabolically slid from their nibs.

Black slush, after the blizzard had passed
and the diesel buses and trucks were fuming again,
but you still remembered how blackly lovely
the branches of trees looked in new snow.

The gunk on the chain of your bike.
The black stuff always under your nails.
Where did it come from, how to get it out?
Even between your toes sometimes there was black.

Black people the states in the South began to send up,
keeping what they needed for cheap labor and maids
and exporting the rest: a stream of discarded humans,
with the manufacturing plants just then closing down.

The photo of black children in the ‘20s, frolicking
on the bench of the Lincoln statue by the courthouse.
I took the bus once to go sit in its lap, his lap:
how kind he looked, how surprisingly hard his bronze lap.

The other statue, Captive’s Choice, in a park:
the girl kidnapped by Indians who forgets she’s white,
then, “saved,” gives up Indian husband and children.
Who decided it should have been that, and there?

The first black kids in our school, fine with me,
because Clarence Murphy, sixteen in fourth grade,
stopped beating me up because I’d killed Christ
and raged instead with even more venom at them.

I was afraid of Clarence but not of black people,
except that day on the bus: the sweat-stench of men
who’d worked hard and not had time yet to change.
Though I already knew it was shameful, I fled.

“Blackballs” to keep Jews, Italians, and Irish,
then naturally blacks, out of the country clubs
in Maplewood and Montclair. The unfunny jokes
about signs on their gates: No Dogs, Niggers, or Jews.

Our gangster hero, Longie Zwillman, who had a black car;
so did our mayors—bought off, we were told by “interests.”
Irish, Italian, finally at last a black mayor:
all the bought-off ones with their Cadillacs of corruption.

Thick soot on the bricks of the mills by the tracks,
smoke billowing, then extinguished forever.
Rivers with rainbows of oil on their surface,
their beds eternally black venomous chemical sludge.

Miles of black turnpike and parkway pavement
scrolled out onto the soil of the no-longer farms.
You could speed now from one place to another
and not see the slums, the factories in broken-eyed ruin.

The finally unrecognizable city, done in by us all.
Only the ever benevolent Lincoln, unblackened
by time or pollution, emblem of promise and hope,
patiently waited, patiently waits.

C. K. Williams offered this remembrance of his Newark boyhood for the 2011 anthology New Jersey Noir edited by Joyce Carol Oates. He reissued it as “Newark Noir” in his own Writers Writing Dying (2014).

In those days, those days which exist for me only as the most elusive memory now,
when often the first sound you’d hear in the morning would be a storm of birdsong,
then the soft clop of the hooves of the horse hauling a milk wagon down your block

and the last sound at night as likely as not would be your father pulling up in his car,
having worked late again, always late, and going heavily down to the cellar, to the furnace,
to shake out the ashes and damp the draft before he came upstairs to fall into bed;

in those long-ago days, women, my mother, my friends’ mothers, our neighbors,
all the women I knew, wore, often much of the day, what were called “housedresses,”
cheap, printed, pulpy, seemingly purposefully shapeless light cotton shifts,

that you wore over your nightgown, and, when you had to go to look for a child,
hang wash on the line, or run down to the grocery store on the corner, under a coat,
the twisted hem of the nightgown, always lank and yellowed, dangling beneath.

More than the curlers some of the women seemed constantly to have in their hair,
in preparation for some great event, a ball, one would think, that never came to pass;
more than the way most women’s faces not only were never made up during the day,

but seemed scraped, bleached, and, with their plucked eyebrows, scarily masklike;
more than all that it was those dresses that made women so unknowable and forbidding,
adepts of enigmas to which men could have no access, and boys no conception.

Only later would I see the dresses also as a proclamation: that in your dim kitchen,
your laundry, your bleak concrete yard, what you revealed of yourself was a fabulation;
your real sensual nature, veiled in those sexless vestments, was utterly your dominion.

In those days, one hid much else, as well: grown men didn’t embrace one another,
unless someone had died, and not always then; you shook hands, or, at a ball game,
thumped your friend’s back and exchanged blows meant to be codes for affection;

once out of childhood you’d never again know the shock of your father’s whiskers
on your cheek, not until mores at last had evolved, and you could hug another man,
then hold on for a moment, then even kiss (your father’s bristles white and stiff now).

What release finally, the embrace: though we were wary–it seemed so audacious–
how much unspoken joy there was in that affirmation of equality and communion,
no matter how much misunderstanding and pain had passed between you by then.

We knew so little in those days, as little as now, I suppose, about healing those hurts:
even the women, in their best dresses, with beads and sequins sewn on the bodices,
even in lipstick and mascara, their hair aflow, could only stand wringing their hands,

begging for peace, while father and son, like thugs, like thieves, like Romans,
simmered and hissed and hated, inflicting sorrows that endured, the worst anyway,
through the kiss and embrace, bleeding from brother to brother into the generations.

In those days there was still countryside close to the city, farms, cornfields, cows;
even not far from our building with its blurred brick and long shadowy hallway
you could find tracts with hills and trees you could pretend were mountains and forests.

Or you could go out by yourself even to a half-block-long empty lot, into the bushes:
like a creature of leaves you’d lurk, crouched, crawling, simplified, savage, alone;
already there was wanting to be simpler, wanting when they called you, never to go back.

C. K. Williams was born and spent his boyhood in Newark. This poem, appearing in The Atlantic Monthly of June 1999, was also part of the Pulitzer Prize-winning collection Repair.